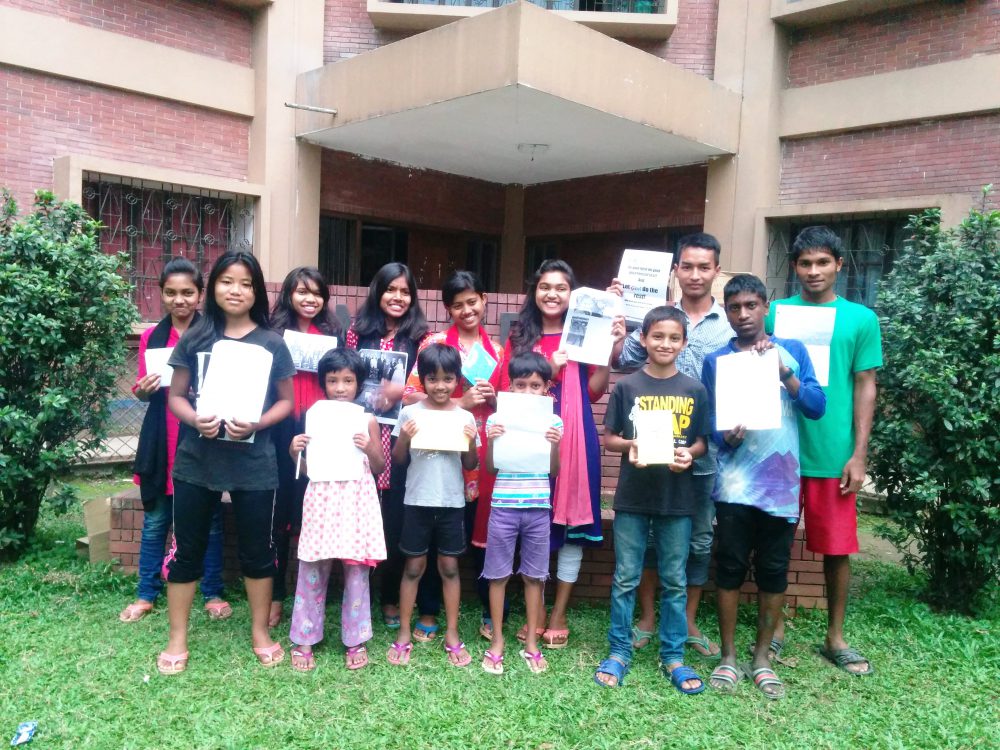 What does it mean to have a sponsor? First realize that it means to be chosen. We are chosen by God, not because we have faith, but we have faith because we were chosen. As it says in John 15:16 He chose us; we didnt choose Him first. Wow, He loved us with knowing all about us. When our Home of Hope kids know they have a sponsor, they feel chosen they realize they have been chosen. They didnt do anything to be chosen, yet it makes them feel special. As I have had the opportunity to tell some children that they are sponsored, I have been able to witness the joy and feelings of acceptance that comes across their faces and in their actions. Let me relate just a few of them.

I think as westerners we tend to think that the important part of being a sponsor is the finances. From one who participates in dealing with the budget at the Home of Hope, I can tell you that is important to the health and well being of the Home of Hope. As a child of Home of Hope, having a sponsor has NOTHING to do with money, but everything to do with being chosen, called out, special, and valued. God chooses us, calls us out, lets us know how special and valued we are. He knew about us before we were even formed and has a plan for every day of our life. He values us more than all the other creatures. As a sponsor, you are demonstrating Gods love in a very real way to these children. It is so much easier for them to understand the love of God when it has been demonstrated by someone here on earth. Just as God is our heavenly Father, our earthly father can have a great impact on how we see God. Most of these children have no earthly father that they have ever known. A sponsor helps to give that physical presence to help them truly see the love of God. As a sponsor, when you write a letter, send a picture, occasionally put a little money in the Hope Store for them to pick out a snack, you are developing a relationship with them that will impact them for their entire life. You are making a difference for God in that childs life and only God knows how He will use that child to impact the country of Bangladesh. All I know is God doesnt waste anything or anyone that is willing to reach others for Him.   -Elaine Pardee