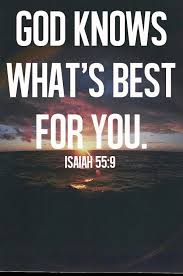 Did you ever run away from home? I did...once. For about 30-45 minutes. I was 12 years old and upset with my parents who were having problems of their own. So one day, when they both were running errands, I wrote a note and walked out the door. After walking about 4 blocks I realized: 1) I didn't know where I was going and 2) I had nothing with me....no food, water, or warm clothes. After struggling within myself what to do, I decided to return home knowing Id made a silly decision. Feeling ashamed, I walked up the steps and through our front door only to find that my parents hadn't returned and the note still lay on the table untouched. I grabbed it, and tore it into pieces. My parents never knew until years later when I could look back at that time and see how my plan was not only silly but could have been dangerous.

Yesterday, we dealt with one of our 13-year-old boys in our Home of Hope who wants to leave Home. He says he loves the Home and our HOH family, but he doesn't want to go to school, the real issue. We asked him what he would do if one of our little littlest kids got too close to our deep pond. He said he'd definitely stop him. When we asked why he said because he cared and didn't want the child hurt. When we asked why the child would even go near the pond he said, "because he doesn't understand the danger." Suddenly you could see he understood where our conversation was going.

I'm not a young teenager, but I know there are times my actions must give my Heavenly Father grief. I assume my good plans trumps asking God for His input. Or, I worry too much about details and forget He's a sparrow-watching God! I could go on but you get the picture. Sometimes, in following Jesus, my lack of maturity acts out. I need to be reminded that His ways, His plans are so much better than mine. The times when Im tempted to solve problems either by running away from them or through my own planning, I need to remember that I serve a God Who wants to be my El Shaddai, but also sees beyond the moment.

For my thoughts are not your thoughts, neither are your ways my ways, declares the Lord.

His ways and thoughts don't always match mine, but they are always better. After all, He's just the God of the Universe!