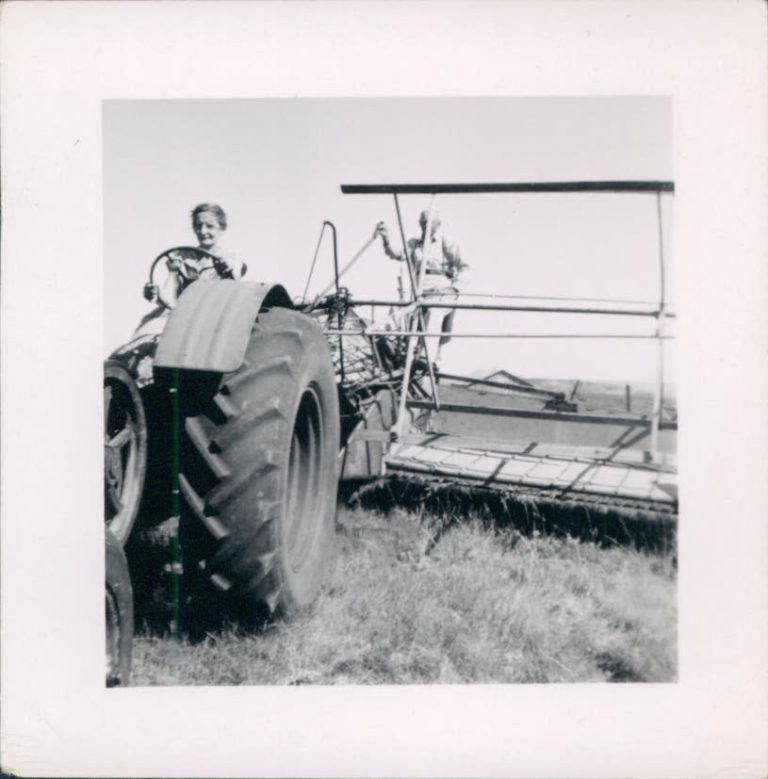 My grandparents homesteading in North Dakota

There's nothing like a trip with your 90-year-old mom, visiting your relatives, talking over the good old days, and rediscovering tombstones of both grandparents' & great-grandparents' graves to get you thinking about eternity! In July, I had this opportunity and it ended up being an amazing time. One of the places we visited was where my grandparents had homesteaded in North Dakota so close to the border you can see Canadian lights! The farm was where my mom and her 6 other siblings were all born next to a pot-belly stove on (literally) a little house on the prairie.   My grandparents had taken advantage of the Homestead Act of 1862 (approved by President Abraham Lincoln and his Republican congress) which approved land grants for 160 acres of federal land, mostly west of the Mississippi. The stipulations were: 1) must be a citizen or have filed a declaration for citizenship, 2) 21 yrs of age, 3) male or unmarried female, 4) stake your claim, 5) present your claim acreage and pay a $12 fee, 6) live on the land 5 years, 7) build a house, 8) improve the land, and 9) at the end of five years pay $6 and have a neighbor sign as a witness that you improved the land. A total of 1.6 million people took advantage of this grant with 12% of them being women! And at this point I must add: in 1910, my grandma, before marrying, homesteaded 5 years in Montana with her sister! These women had to be a strong, hearty group of visionary women.   Homesteaders would drive stakes in the group to show their claim thus the phrase "staking ones claim". Their goal was: 1) find a place worthy to stake their claim, 2) faithfully work their claim (committed themselves good/bad), and 3) claim their inheritance. At the end of five years, the land would be theirs. It became both a reward but also an inheritance that could be passed on to future generations long after they passed on. As I stood on the old homestead, my mind was hit with eternal values. What have I staked a claim on? What things will I leave behind that matter for eternity? Have I faithfully worked the things that I've said Im claiming for God?   As a sponsor or donor, you may not see the fruits of your labor, but by your choice to give towards the future of a Home of Hope child or Bible school student, you are staking a claim for both now and eternity. In 2 Corinthians 4:16-18 ( Msg) Paul writes, 1So were not giving up. How could we? Even though on the outside it often looks like things are falling apart on us, on the inside, where God is making new life, not a day goes by without His unfolding grace. These hard times are small potatoes compared to the coming good times, the lavish celebration prepared for us. There's far more here than meets the eye. The things we see now are here today, gone tomorrow. But the things we can't see now will last forever. Thank you for affecting eternity!